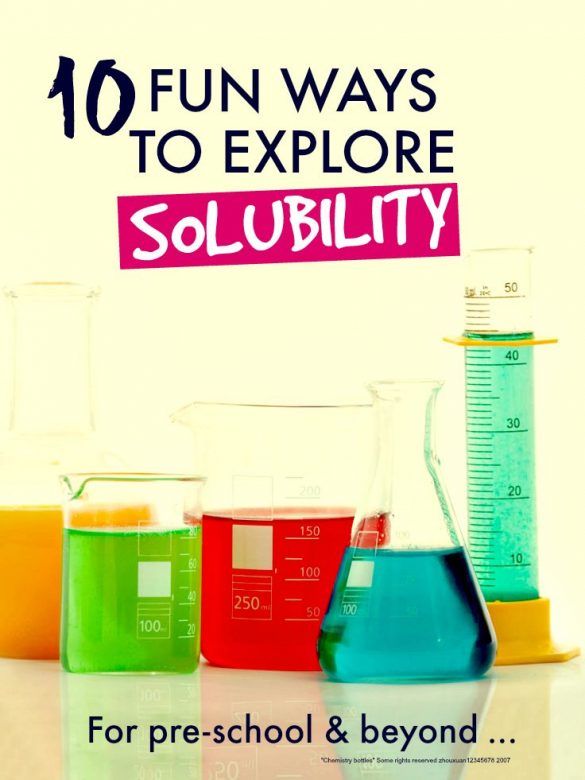 Last week we looked at 10 fab experiments that go fizz.

This week we’re looking 10 great potions experiments that help children explore “solubility” – that is how different substances dissolve or dissipate (or not) in different liquids and what we can do to help them dissolve.

These experiments are all great for pre-schoolers – they don’t need to know the precise names of things, just to observe what happens, ask questions and draw conclusion from what they’ve seen, and most of all to have fun!

First up is not actually an experiment – just a great reminder from Let the Children Play that discovery doesn’t have to be directed.  Children do need opportunities to explore for themselves and this post includes  a brilliant list of household items for a freestyle potions kits.

2. What dissolves in water?

Let the children raid the kitchen cupboard for just about any fine ingredients they like, e.g. sugar, salt, coffee, flour, to see what will dissolve in water.  Hands On As We Grow has some ideas for this including coloured sprinkles which are a nice addition because they colour the water but don’t dissolve.

You can build on this by seeing if things dissolve quicker if stirred.

3. Do things dissolve in hot but not cold water?

Science Sparks has a really nice simple experiment to explore this. Plus a nice simple reminder for us grown ups (!) about why things do and don’t dissolve and the role temperature plays in this.

4. Can we dissolve bigger things in water?

After dissolving some loose ingredients, it’s time to try something a bit bigger and where better to start than with sweets 🙂 Basic sweets like the “sweet hearts” used by Inspiration Laboratories are best for this and demonstrate really well the impact of temperature.

5. Do some things only dissolve in some liquids?

Having discovered that some things but not others dissolve in water, you can explore whether things that don’t dissolve in water will dissolve in other liquids.  Again, you can raid the cupboard for whatever liquids you’ve got but it’s a good idea to include vinegar, nail varnish remover and cola in the mix.

These experiments have most visual impact with large items – Fantastic Fun and Learning used marshmallows whilst Mom to 2 Posh Lil Divas tried both Peeps and packing peanuts.

6. Can we dissolve just part of something?

The dissolving egg in vinegar experiment is a classic – it’s one of our big favourites.

It builds really well on the previous experiment using different liquids, as it highlights the power of the vinegar but also that surprisingly “soft” things like the egg white may be able to better resist the vinegar than the hard, protective shell.

All you need to do is leave the egg in vinegar for 2 days – an old jam jar is good for this. Keep checking a couple of times a day to see what happens.  If you’re looking for more instructions check out Growing a Jeweled Rose.

7. Do some things actually get bigger in water?

Now we have dissolved lots of things, it is really cool to see that some

8. Do liquids always mix together?

After exploring how solids and liquids react with one another, it’s a good opportunity to explore

how different liquids behave together.

Although children may have seen the way that oil and water behave when doing sink and float experiments or making fizzy lava lamps, I think it’s worth experimenting with again in a really simple way in the context of solutions.

I like this simple experiment from Life with Moore Babies that illustrates the behaviour of both water and oil and food colouring together.

9. Can you separate liquids out into different parts?

A good next step after seeing the liquids stay separate is this milk curdling experiment from Science Sparks in which the milk itself actually separates. The acidity of the juice solidifies the particles in the milk and causes them to “separate” and rise.

Finally, some experiments that explore how different substances such as salt that we have seen dissolving in water earlier on, can themselves cause ice to “dissolve” or melt.  These aren’t strictly speaking potions experiments but they really help children to make connections between what they’ve just seen and other areas of science.

Totally Tots has a controlled experiment that compares the behaviour of the salt with other substances.  And Hands on as we grow has a great version combining salt and sand tied into some imaginative play with diggers! (In our house diggers rock!)

This one dissolves snail shells and shows how with a bit of persistence you can dissolve sea shells! It’s a brilliant introduction to the idea that the substance being dissolved actually changes the nature of the solution dissolving it. 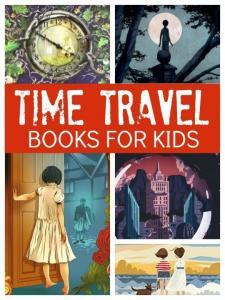 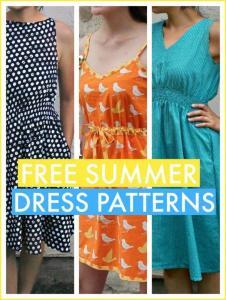 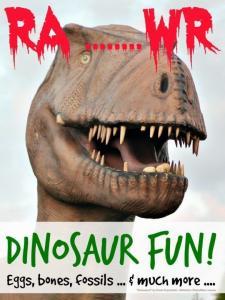 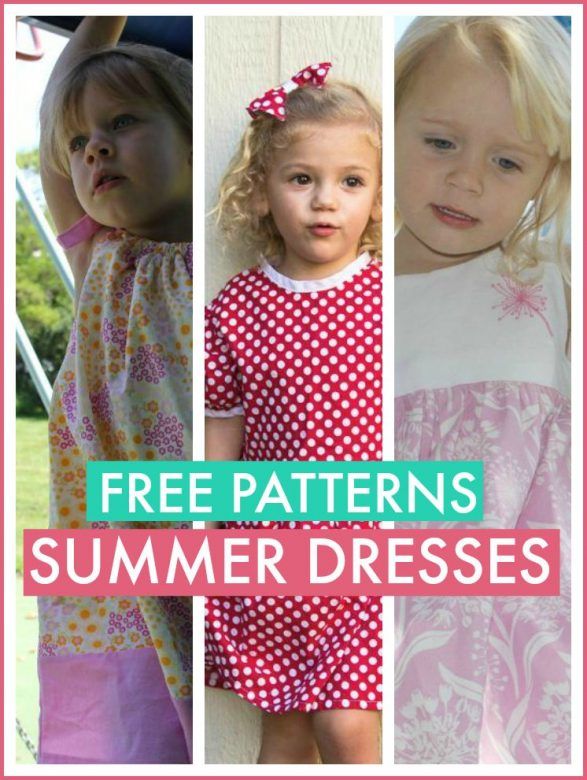 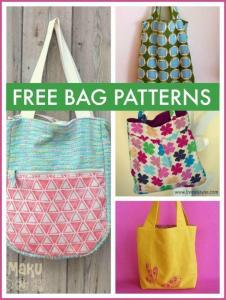 Save Money on Utility Bills

The Best Learn To Read Apps For Kids 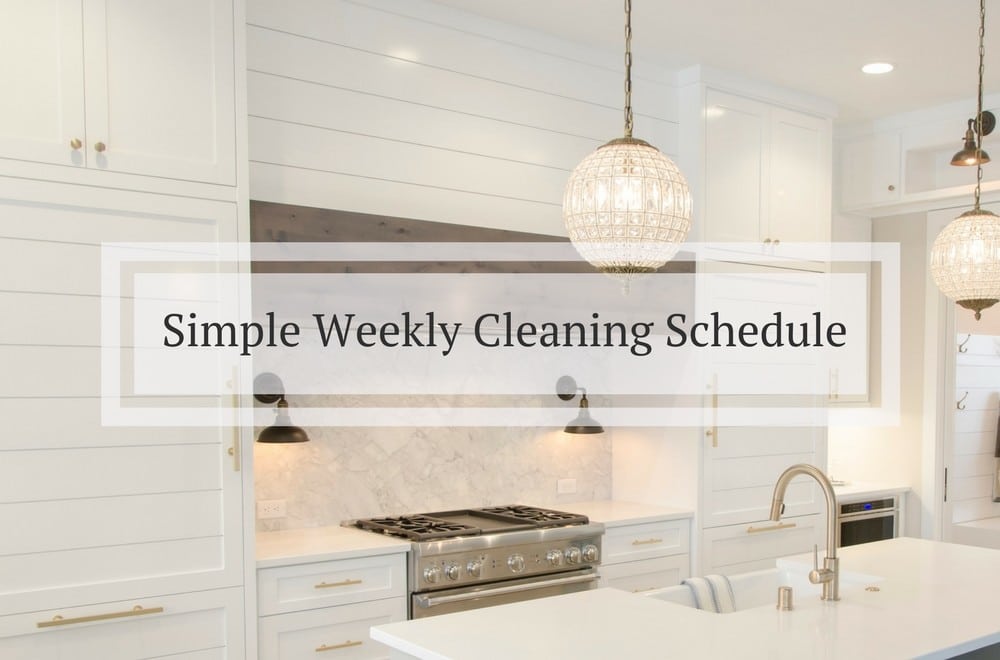 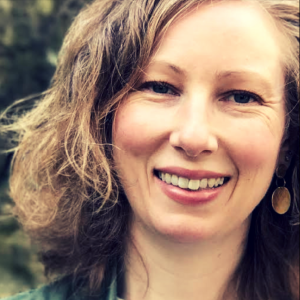