How To Make Rockets Fly

Kids love rockets don’t they? And they are fascinated by how to make rockets fly.

My 5 year old was in rocket heaven at London’s Science Museum recently where she got to check out rockets her great-grandpa helped build and to see a super cool show demonstrating how rockets take off.

She was then totally wowed … me too! … by those beautiful pictures of Pluto.

In all the excitement, she obviously wanted to launch her own space mission 🙂

So I collected up this set of 6 simple experiments, that would let her build her own rockets and explore for herself how to make rockets fly.

It’s always good to start simple, so these lovely straw rockets from Buggy and Buddy are a great place to begin.

There’s a fun rocket template to print out and colour, and even small kids will “get” the idea that blowing through the straw pushes the rocket into the air. And you know what?  That is basically Newton’s first law of motion: if you give something stationary a shove, it moves 🙂 Heh, who said physics was tricky?

How to make rockets with straws … Buggy and Buddy

The downside of straw rockets is they only fly a short distance however much you huff and puff. But this simple water rocket from KC Eventures is a fun way to show that if you apply lots, lots more force … from your garden hose for example 🙂 … your rocket will fly higher and further and faster.

And that happens to be Newton’s second law of motion: the harder you shove something the faster it moves! 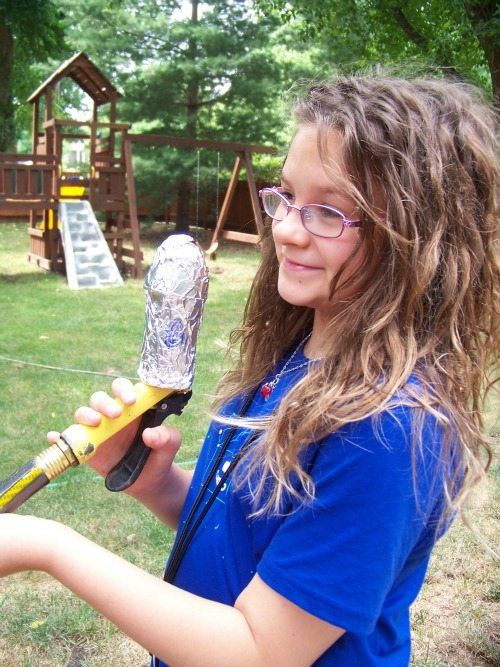 How to make a simple water rocket … KC Eventures

This third super simple experiment from Paging Fun Mums is a bit different and very cool! When you let go of your balloon, as shown below, the air rushes out one way but the balloon rocket actually flies off in the opposite direction! 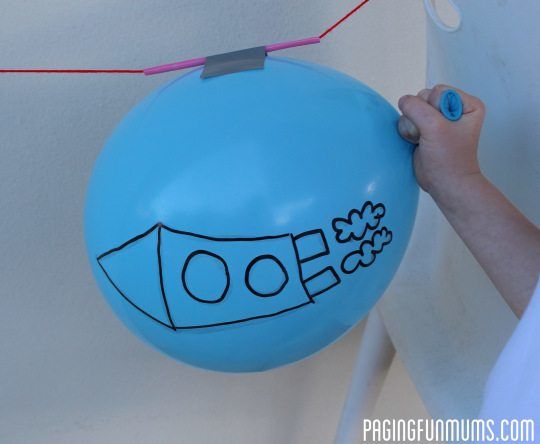 How to make rockets with balloons … Paging Fun Mums

This might seem a bit odd but it is actually how real rockets get into space. At take off rocket engines push down incredibly hard against the ground not up. It is the reaction to pushing down that makes the rocket fly.

The rocket make uses of something Newton spotted all those years ago, (and handily popped down for us in his 3rd law of motion): for every action there is an equal and opposite reaction.

Real rockets burn rocket fuel which gives off massive amounts of gas. The force of the gas pushing down against the earth creates the reactive force which pushes the rocket up.

Now we obviously can NOT experiment with rocket fuel. But this fab little experiment from Whimsy Love safely generates enough carbon dioxide gas from just Alka Seltzer and water to make at least a little rocket fly. The pressure from the carbon dioxide builds up until it escapes from the bottom causing the rocket to fly off in the opposite direction. 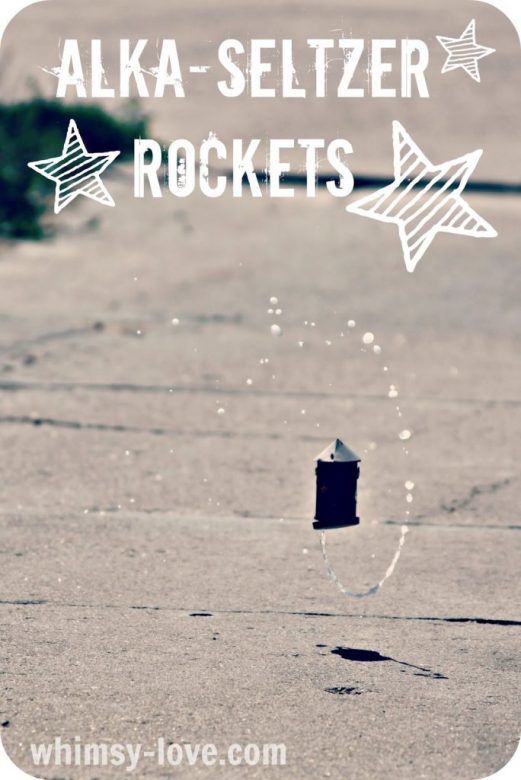 How to make rockets with alka seltzer … Whimsy Love

In the Alka Seltzer experiment we saw how a force pushing downwards launches a rocket. We can see this on a bigger scale in this water rocket experiment from Science Sparks.

Pumping air into an upside down corked bottle, quarter full of water eventually creates enough pressure that the cork pops off and the water bursts down with such force that the bottle flies up in the opposite direction. 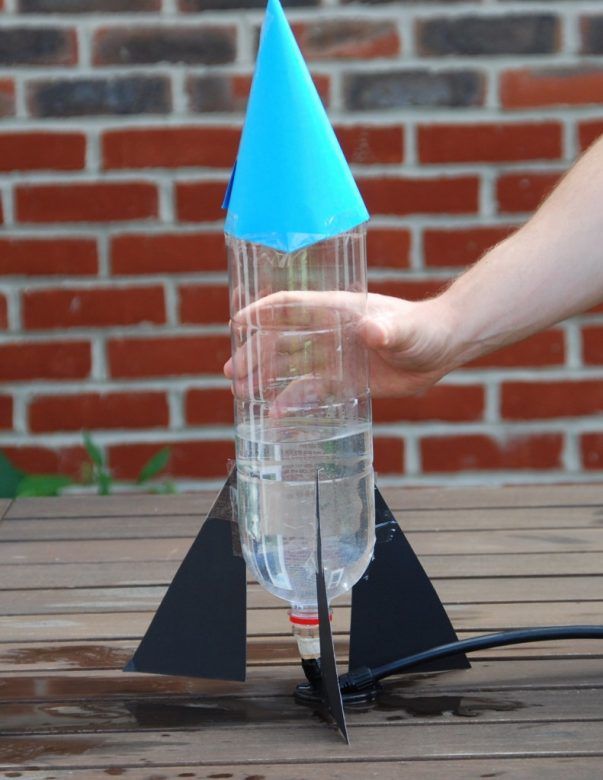 This experiment is a wonderful way to let children see Newton’s 3rd law of motion in action … and without this understanding we couldn’t get any rockets into space but the experiment is more complicated to set up. So we would recommend saving it for older kids. 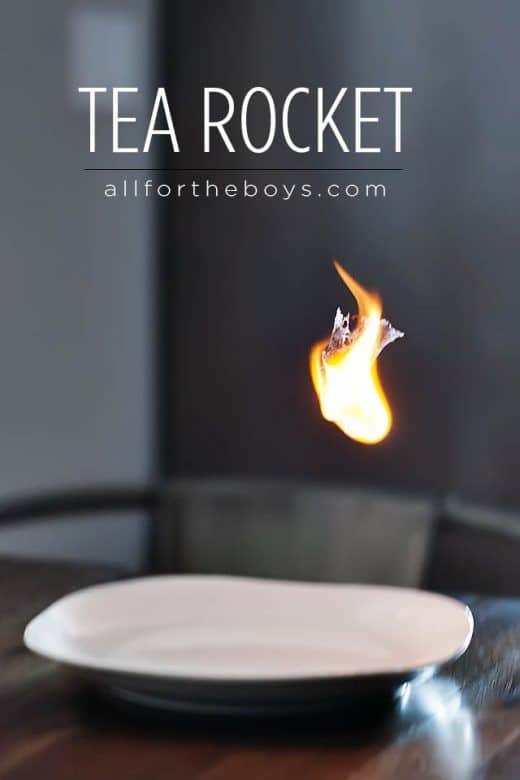 Tea bag rocket … All For the Boys

Our final little “rocket” is a tea bag which lifts off when you set light to it in this classic physics experiment from All For the Boys.

Real rockets don’t actually use convection currents to launch – balloons do – but it is another lovely way for children to see clearly the forces that defy gravity to get things off the ground.

I do hope you have as much fun with these experiments as we have … they are all such wonderful visual, hands on ways for even young children to explore really big laws of physics.

I was amazed when I read this post! So many simple, easy yet elegant ways to get home-made rockets to fly! I especially like the one you hook up to the watering hose! Great ideas!!!

These are all so fun! I am looking for projects to do with my daughter, so we will try some of these.

Thanks for linking up to This is How We Roll linky party!

Great round-up of rocket activities! Anything that flies is engaging for kids and full of science too. Balloon rockets are some of my favorite for very young children. I think they could do this all day! I recently featured that activity on my Birthday Science post: http://www.shareitscience.com/2015/09/happy-1st-birthday-share-it-science.html Thanks for sharing these great ideas!

I’m Luci. Let me show you how to simplify family life, so that you can create time and space to thrive rather than just survive.